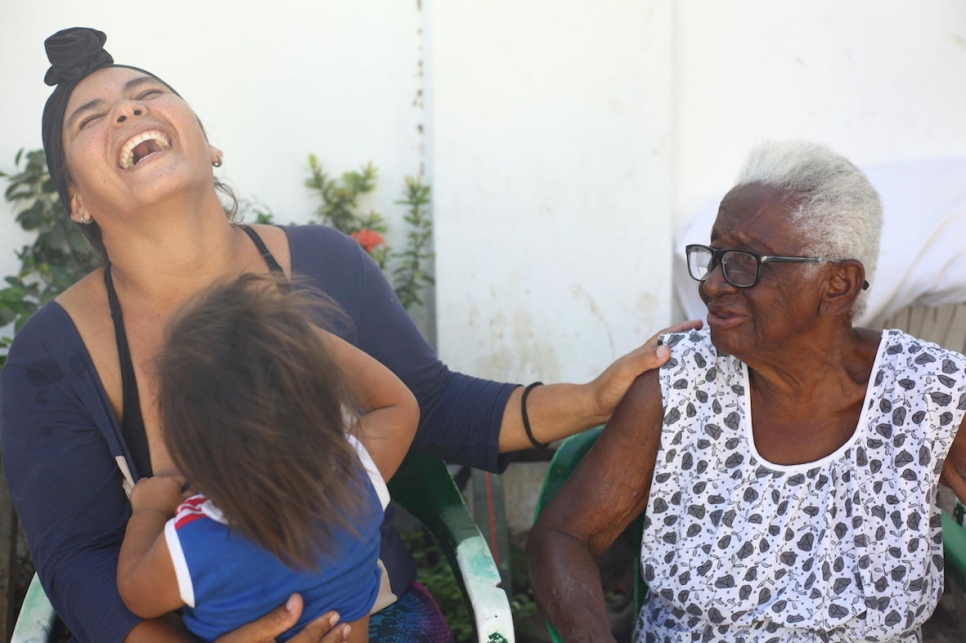 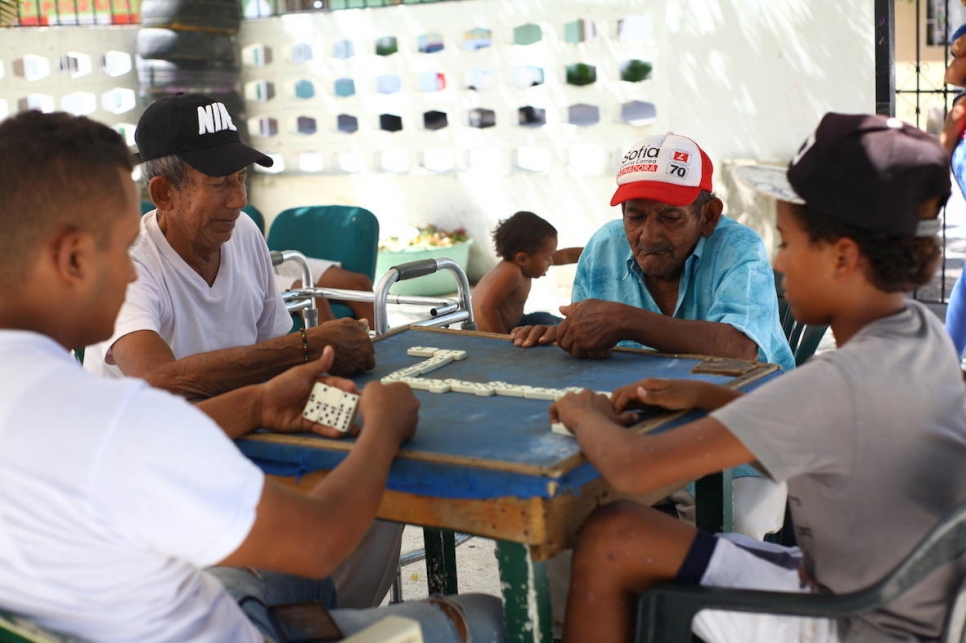 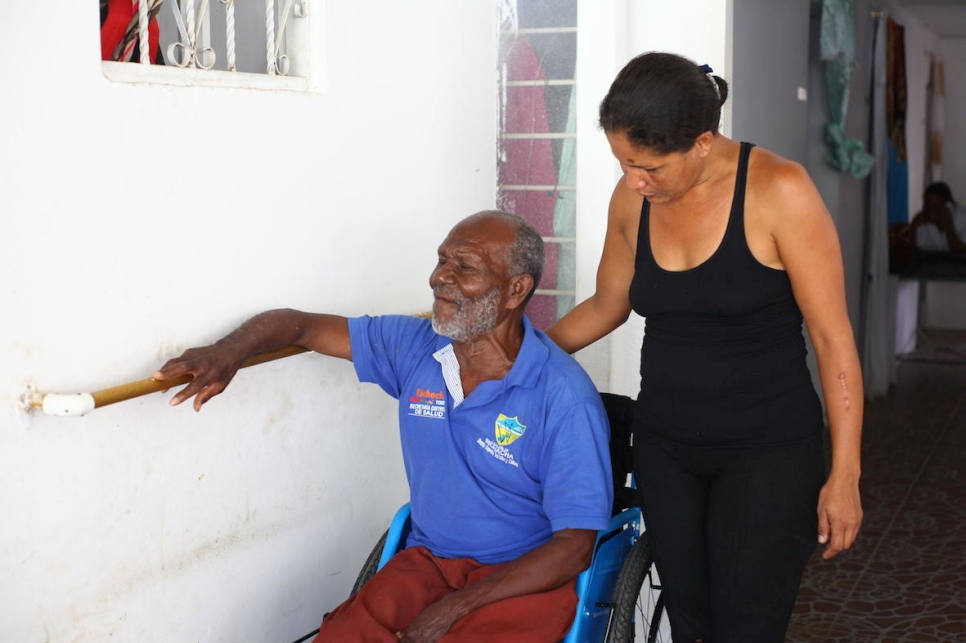 RIOHACHA, Colombia – Morato Martinez, a 75-year-old Colombian, spends his days painting the walls of Grandpa’s House, the care centre for seniors where he lives in Riohacha. One of his latest murals depicts a couple of grandparents holding hands. It reads: “Grandparents are people full of love.”

“This painting had only an abstract meaning until we met the families from Venezuela. Now it has a real meaning,” Morato says. Morato is one of the 18 Colombian seniors who currently live at “La Casa del Abuelo” (Grandpa’s House) in Riohacha, a small city in one of the poorest regions of Colombia, near the border with Venezuela. The home’s daily, quiet routine was altered the day a group of families from Venezuela knocked at the door.

“We were witnessing this sudden and massive influx of Venezuelan people: families with children living on the streets and begging for a roof, a soup or for a few pesos,” explains Maria Peña De Melo, the director of the centre. “We decided we had to do something for them as well.”

“We decided we had to do something for them.”

Over 4 million Venezuelans have left their home country to date. Over 1.3 million of them have found safety in the neighboring country of Colombia. Some 140,000 Venezuelans arrived in Riohacha in 2018, where they struggle to find shelter and food in an already strained and impoverished region. “In the beginning, the seniors started asking why they would need to make more space for other people,” Maria says. “It’s normal, they are old and they care about their space and privacy. So we started with something simple: on a Sunday, we invited some families for lunch. It went well: the grandparents were willing to host them.”

At night, the communal area is now full of mattresses where Venezuelan families can sleep, with support from UNHCR, the UN Refugee Agency. Along with the 18 usual hosts, 35 Venezuelans sleep at the centre. In addition, around 100 older Colombians and young Venezuelans share a free meal every day.

“Many things changed since we started to host the families and their kids”, Maria adds. “The seniors see them as members of their families. They feel more ‘protected,’ as they perform some activities together every day. This strengthened the confidence of the abuelitos [grandparents] a lot.” One of the Venezuelans cooking and serving lunch is Susy Fonseca. She arrived in Riohacha in summer 2018 with her four daughters, looking for safety along with her family, as there was no possibility to work in her house country and food was scarce. “Life in Riohacha was very difficult in the beginning: we were living in a public park and we were afraid every night,” she says.

They finally found shelter at Grandpa’s House. “Our life changed: we didn’t have to worry anymore about the risks of living in the streets.”

Susy and her daughters started helping in the kitchen and serving meals to the seniors. Helping Colombian grandparents brought a lot of emotions back for Susy: “I have my grandmother in Venezuela who suffers from a heart condition and being around them makes me think of her. Helping them feels like I am helping my mother or my grandma.”

“Helping them feels like I am helping my mother or my grandma.”

At the centre, Susy also had the chance to attend an arts and crafts workshop supported by UNHCR and now she sells the bracelets, sandals and earrings she makes in the city centre and by Riohacha’s beach. “I started saving some money, so we hope we will be more independent in the future,” she adds.

Some 50 women and girls attend the workshop at least three times a week. UNHCR has also helped the centre to increase its hosting capacity by providing the equipment needed to host additional families, like mattresses, water dispensers, table, chairs and other basic supplies.

Morato used to paint by himself. He is now ready to teach his work to some of the young Venezuelans who live at the centre: “As the painting says, grandparents are people full of love: we want this place to be more beautiful and livable. We can teach young people arts, while we can learn from them how to smile again.”

Send this to a friend